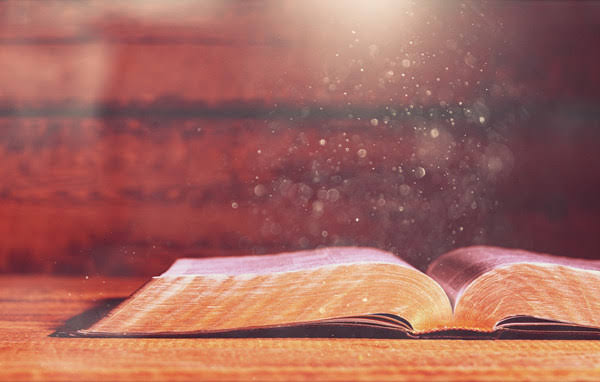 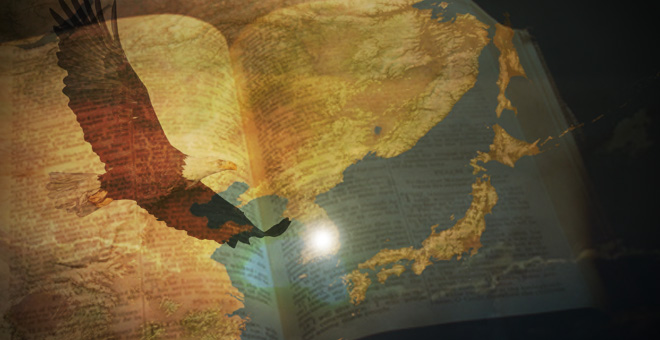 2000 years ago, Jesus said ‘These are the Scriptures that testify about me,’ through which He taught us that the Scriptures testify about Him. So, the Bible testifies about the Savior who will save mankind. However, there are some people who do not know the will of God but insist that the eagle from the East in Isaiah 46:11 is only a prophecy regarding Cyrus, king of Persia. But through the Bible, Christ Ahnsahnghong is Second Coming Christ testified in the Bible. It is true that the eagle from the East in Isaiah 46:11 did prophesy about king Cyrus but it also prophesied the Savior coming from the East to save God’s children from the spiritual Babylon in the New Testament times. In regard to this, let us check the evidence in the Bible one by one.

King Cyrus is a copy and shadow of the Second Coming Jesus.

We all know that the prophecy in Isaiah 46 was fulfilled partially by King Cyrus. It was also written in the truth book written by Christ Ahnsahnghong.

As it is written above, Isaiah 46:11 was the prophecy fulfilled by Cyrus king of Persia. Then, can’t the words of Isa 46:11 be a prophecy about the Second Coming Jesus? Yes it can. Since King Cyrus was a copy and shadow of the Second Coming Jesus, the same work is seen through them. So the Bible prophesies about the two cases through the same prophecy.

Repeated accomplishment of a prophecy

Someone may wonder why one prophecy is fulfilled partially first and then fulfilled completely later. However, there is no need to wonder. There are many examples in the Bible, let’s check a certain example in the prophecy of Jesus Christ.

Matthew 24:15-22 “So when you see standing in the holy place ‘the abomination that causes desolation,’ spoken of through the prophet Daniel–let the reader understand–then let those who are in Judea flee to the mountains. Let no one on the roof of his house go down to take anything out of the house. Let no one in the field go back to get his cloak. How dreadful it will be in those days for pregnant women and nursing mothers! Pray that your flight will not take place in winter or on the Sabbath. For then there will be great distress, unequaled from the beginning of the world until now–and never to be equaled again.”

First, all idolaters will unite to become one.

Isaiah 41:5-10 “The islands have seen it and fear; the ends of the earth tremble. They approach and come forward; each helps the other and says to his brother, “Be strong!” The craftsman encourages the goldsmith, and he who smooths with the hammer spurs on him who strikes the anvil. He says of the welding, “It is good.” He nails down the idol so it will not topple. “But you, O Israel, my servant, Jacob, whom I have chosen, you descendants of Abraham my friend, I took you from the ends of the earth, from its farthest corners I called you. I said, ‘You are my servant’; I have chosen you and have not rejected you. So do not fear, for I am with you; do not be dismayed, for I am your God. I will strengthen you and help you; I will uphold you with my righteous right hand.

Historically, King Cyrus was a pious Zoroastrian, but had a tolerance policy toward other religions. He permitted Jewish people to return to Jerusalem and build God’s temple. Moreover, he supplied the materials for the temple.

The Archaemenian kings are known to have been very pious Zoroastrians, trying to rule justly and in accordance with the Zoroastrian law of asha (truth and righteousness). Cyrus the Great was relatively liberal. While he himself ruled according to Zoroastrian beliefs, he made no attempt to impose Zoroastrianism on the people of his subject territories. The Jews most famously benefited from this; Cyrus permitted them to return to Jerusalem from exile in Babylon, and rebuild their temple. This act of kindness made a huge impact on Judaism. Zoroastrian philosophy powerfully influenced post-Exilic Judaism.

Second, when the man appears from the east, the parched ground turns into springs.

Isaiah 41:17-18 “The poor and needy search for water, but there is none; their tongues are parched with thirst. But I the LORD will answer them; I, the God of Israel, will not forsake them. I will make rivers flow on barren heights, and springs within the valleys. I will turn the desert into pools of water, and the parched ground into springs.”

However, did that occur in the days of King Cyrus? Never. It can only be fulfilled when God, the source of the water of life, comes. That fact is clearly testified in the book of Isaiah.

Isaiah 35:4-7 “say to those with fearful hearts, “Be strong, do not fear; your God will come, he will come with vengeance; with divine retribution he will come to save you.”
Then will the eyes of the blind be opened and the ears of the deaf unstopped. Then will the lame leap like a deer, and the mute tongue shout for joy. Water will gush forth in the wilderness and streams in the desert. The burning sand will become a pool, the thirsty ground bubbling springs. In the haunts where jackals once lay, grass and reeds and papyrus will grow.

the Prophecy of Isaiah 46:11 is perfectly Accomplished by Second Coming Christ Ahnsahnghong

According to the prophecy, Christ Ahnsahnghong came as the spiritual King Cyrus to save His people who were captive to spiritual Babylon in the last days. Cyrus freed God’s people without cost and returned them to Zion, that is Jerusalem. The people who returned to Zion being freed from Babylon participated in the construction of the temple with joy and happiness. This entire history is the prophecy which will be fulfilled in the New Testament times. It was fulfilled by Christ Ahnsahnghong, the spiritual Cyrus, who led God’s people to Zion who were captured by the spiritual Babylon, the false churches, and led them to the arms of Jerusalem our Heavenly Mother. Moreover, the prophecy will be fulfilled when God’s people who were led to Zion participate in building the spiritual temple by preaching the gospel to find lost brothers and sisters with joy and happiness.

Without knowing the fulfillment of this prophecy, how can those, who simply interpreted the prophecy of Isaiah 46 as a prophecy in the Old Testament and rejected the true Savior who came to save us in this age, be saved? The Jewish people 2,000 years ago were cursed by rejecting the Messiah whom the prophets of the Old Testament prophesied about. Learning a lesson from history, we should not be the ones who are destroyed but be the ones who receive salvation by believing in the true Christ.