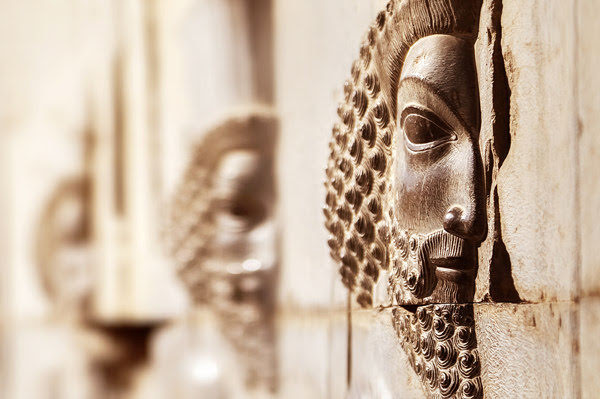 WHY DID CYRUS WHO PROFESS ZOROASTRIANISM PRAISE THE LORD?

About Cyrus the Great and Zoroastrianism. A very interesting story about Cyrus the Great who believed in Zoroastrianism. 538 B.C. Cyrus the king of Persia, issued an edict that Jews went back to Jerusalem and built the temple of the Lord. He commanded the resident to provide them with silver and gold, with goods and with freewill offerings for the temple of God in Jerusalem. And he allowed to bring the articles belonging to the temple of God which plundered by Babylon. The Cyrus king’s edict now reads as follows.

Why did he issue this edict? He was  the king of Persia believed in Zoroastrianism. However, he said “The LORD, the God of heaven, has given me all the kingdoms of the earth” and praised God.. Why did Cyrus who profess(believe in) Zoroastrianism praise the LORD(God)?

Let’s find out about the religion of Persia, Zoroastrianism first. It may sound unfamiliar but, have you heard about Thus Spoke Zarathustra written by Nietzsche? Here, Zarathustra is Zoroaster in Persian. Zoroaster is traditionally dated from 628 to 551 B.C. He was the founder of Zoroastrianism believed in one god, Ahura Mazda. By the age of 30, he began to work as a preacher and taught the idea of monotheism and the truth at a time when Persia was considered utterly corrupt and people believed in multiple gods and goddesses. However people didn’t listen it then he went on a journey and met the king of Bactria, Vistaspa. He thoughts monotheism helps to unite people of the multiracial and multi religious country. Zoroastrian doctrine earned him the patronage of Vishtaspa and expanded congregation. It expanded beyond the Bactria empire throughout Persia and neighboring countries.

The most important doctrine of Zoroastrianism is dualistic monotheism. It means that twin spirit Spenta Mainyu-good spiritand Angra Mainyu-evil spirit emanating from Ahura Mazda are broken in two and fight in the war. However, this manipulative power of ruling classes creates conflict from one’s mind not the material world.

Isa 44:28 who says of Cyrus, ‘He is my shepherd and will accomplish all that I please; he will say of Jerusalem, “Let it be rebuilt,” and of the temple, “Let its foundations be laid.” ’

Isa45:1-7 “This is what the LORD says to his anointed, to Cyrus, whose right hand I take hold of to subdue nations before him and to strip kings of their armor, to open doors before him so that gates will not be shut: I will go before you and will level the mountains ; I will break down gates of bronze and cut through bars of iron. I will give you hidden treasures, riches stored in secret places, so that you may know that I am the LORD, the God of Israel, who summons you by name. For the sake of Jacob my servant, of Israel my chosen, I summon you by name and bestow on you a title of honor, though you do not acknowledge me.

Cyrus, the king of Persia which is the root of Zoroastrianism, why did he allow Jews to build Jerusalem and dedicate to support them? What changed his mind? At a time when Cyrus conquered Babylon, he found a book, Isaiah. The book of Isaiah said, he got to know the prophecy about himself already was written 170 years ago. He finally realized everything is God’s work not his ability.