WHO IS CYRUS THE GREAT?

Cyrus II of Persia, also called Cyrus the Great is well known as the founder of the first Persian Empire. He led Persia to expand its territory to the most of southwest and central Asia conquering first the Median Empire, then Lydian Empire and eventually the Neo-Babylonian Empire.

Extent of the first Persian Empire, Cyrus the Great built

Achievements of Cyrus the Great in human rights, politics, and military strategy have had a huge influence on both eastern and western civilizations. So this time, let us find out who Cyrus was and how his life was.

LIFE OF CYRUS THE GREAT

The birth date of Cyrus is estimated to be between 600-599 BC or between 576-575 BC. His father was Cambyses I, King of Anshan, and his mother, Mandane, daughter of Astyages, King of Media. The record of Cyrus’ birth was not well known and unclear. They can only geuss it from Cyrus cylinder or Greek data such as Herodotus because the details of his life have been damaged or lost a lot.

In 599 B.C Cyrus the Great took over the throne of Persia. But the Persians had to be dominated by Media. Betraying His grandfather, Cyrus rebelled against Median Empire and conquered it in 549 BC. He unified Anshan with the newly conquered countries and became the first King of Persian Empire. In 546 B.C he conquered west Lydia and then conquered Babylon in 539 BC. When Cyrus conquered Neo-Babylon, he liberated the Jews who were slaves to Neo-Babylon and allowed them to build the temple of God. However, his dream of Egypt, which he wanted to conquer, was destroyed when he had been dead on the battlefield. 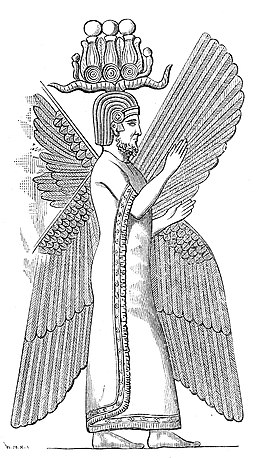 Cyrus the Great with a Hemhem crown

Cyrus was killed during a battle with Massagetae of Central Asia in the eastern Caspian Sea. His son, Cambyses II, succeeded his throne. After winning the battle with the Massagetae, Cambyses II took his father’s body and buried it in Pasargadae, the ancient Persian capital. After this, the Persian Empire flourished in peace for 200 years before Alexander conquered the Empire.

Cyrus the Great has been recognized as a generous king with justice. He respected the culture, language, and religion of the countries he conquered. He also did not try to assimilate the conquered countries unlike the other kings of that ages. He regarded and treated all countries equally. This became a very successful model for centralized administration and establishing a government working to the advantage and profit of its subjects. This is why he could be called the father by the Persians, a great example of a monarch by the Greeks and the anointed of God by the Jews.