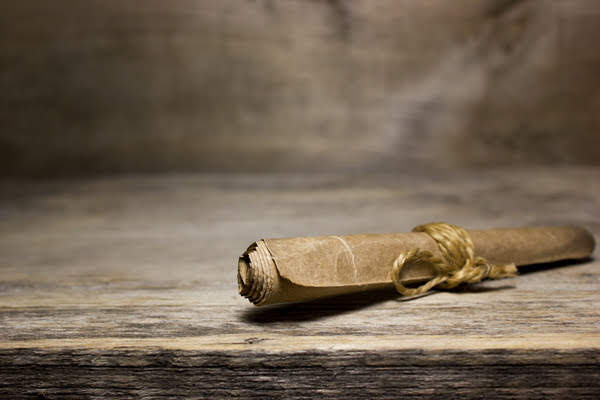 WHAT IS THE EDICT OF CYRUS?

Xenophon, an ancient Greek historian, described the character of Cyrus the Great as the ideal Ruler and the best form of Government ever in the history. Why did he say so? Because of the ‘Edict of Cyrus’. What is Edict of Cyrus?

Cyrus was preceded as king by his father Cambyses I, and built his empire as one great country by conquering the Median, then the Lydian and eventually the Neo-Babylonian Empire.

After that, In 538 AD, miraculous event has occurred to the Israelites who have been captured in Babylon, which is called “Edict of Cyrus”

Its details are as follows;

22 In the first year of Cyrus king of Persia, in order to fulfill the word of the Lord spoken by Jeremiah, the Lord moved the heart of Cyrus king of Persia to make a proclamation throughout his realm and also to put it in writing: 23 “This is what Cyrus king of Persia says: “‘The Lord, the God of heaven, has given me all the kingdoms of the earth and he has appointed me to build a temple for him at Jerusalem in Judah. Any of his people among you may go up, and may the Lord their God be with them.’”

Cyrus made a decree giving the Jewish exiles so that they would be able to return to their home country to build Jerusalem temple. Then, Why did Cyrus proclaim the decree of this liberation?

THE EDICT OF CYRUS IS THE PROPHECY REGARDING LIBERATION OF THE ISRAELITES.

Cyrus the Great set the Israelites free from captivity in Babylon by edict of Cyrus and Helped them to rebuild their temple by allowing building expenses to be paid from the royal treasury such as silver and gold.

What was the reason he issued an edict of this restoration of the Israelites and helped them wholeheartedly? What moved his heart?

“This is what the Lord says to his anointed, to Cyrus, whose right hand I take hold of to subdue nations before him and to strip kings of their armor, to open doors before him so that gates will not be shut: 2 I will go before you and will level the mountains. I will break down gates of bronze and cut through bars of iron. 3 I will give you hidden treasures, riches stored in secret places, so that you may know that I am the Lord, the God of Israel, who summons you by name.

Cyrus, who subdue Babylon, was astonished by finding this book (Isaiah) while He were strolling through royal palace of Babylon. In the book of Isaiah which was written one hundred seventy years before the born of Cyrus, it prophesied that He will set Israel free. Even before his birth, his name and the things that he would do in the future were recorded in the Bible. How amazed Cyrus was when he read all there things! He considered himself to be the one who conquered Babylon with his own strength  and capability. However after looking at the prophecies of the Bible, he realized that God had enabled him to win a victory, not by his own power. This was the reason which moved his heart.

THE FULFILLMENT OF THIS PROPHECY.

Cyrus truly owe God after He realizes this prophecy.

He comes to understand His entrusted mission is to rebuild Jerusalem Temple by setting the Israelites free.

He also ordered the people to provide them with  silver and gold and with valuable gift to be able to build the Temple of God. In addition, He brought out the articles belonging to the temple of the Load which had been taken away by Babylon. Eventually, the Israelite returned to Jerusalem safely and begun to rebuild temple of God.

THE PROPHECY OF GOD WILL SURELY BE FULFILLED WITHOUT ANY FAIL.

Via the edict of Cyrus we have studied so far, We truly came to realize it is God who is taking lead the history of the world. Then, all through this past history written in the Bible, what should we learn?

Everything written in the past was written to teach us (Rom 15:4)

This history written in the Bible also has something valuable lesson we can learn from.

The prophecy has been fulfilled by physical king Cyrus firstly in the old testament, but this is to be fulfilled completely by second coming Christ in the new testament.

5 The name written on her forehead was a mystery: babylon the great the mother of prostitutes and of the abominations of the earth.

2 With a mighty voice he shouted:“‘Fallen! Fallen is Babylon the Great!’  She has become a dwelling for demons  and a haunt for every impure spirit, haunt for every unclean bird, a haunt for every unclean and detestable animal. 3 For all the nations have drunk the maddening wine of her adulteries. The kings of the earth committed adultery with her, and the merchants of the earth grew rich from her excessive luxuries.” Then I heard another voice from heaven say: “‘Come out of her, my people,’  so that you will not share in her sins, so that you will not receive any of her plagues;

The Bible teaches us that God’s people is being captivated by spiritual Babylon.

Just as King Cyrus set Israel free from captivity in Babylon by edict of Cyrus, so prophetic Cyrus is to release God’s people from the captivity in Spiritual Babylon by New Covenant.

We truly hope you study more deeply  this prophecy so you will recognize 2nd coming Christ who has come.